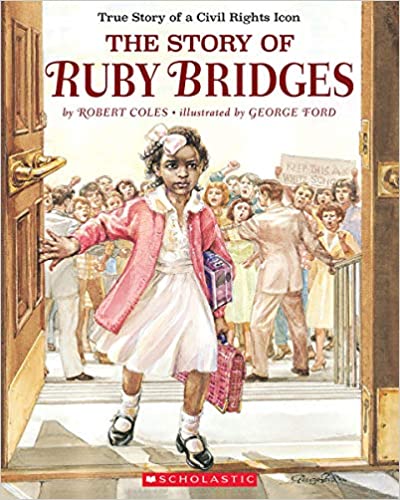 This is an incredible true story of the Bravery, Faith, and Love of 6 year-old, Ruby Bridges. Ruby was one of the first black American children to attend an all-white elementary school in New Orleans, Louisiana in 1960. During the height of the civil rights struggle, little Ruby demonstrated bravery and confidence, and faith in a God of love and the power of prayer.

FAITH of a FAMILY

The story begins as the Bridges family moves from Mississippi. Ruby’s father lost his job picking crops, so they start a new life in New Orleans, Louisiana.

This story is told through the lens of the strong FAITH of Ruby and her family. Every Sunday, the family is in church. Her mother is quoted:

“We wanted our children to be near God’s spirit,” Ruby’s mother said.
“We wanted them to start feeling close to Him from the very start.”

When Ruby is 6, she is one of four little, black American girls, who are court-ordered to attend all-white elementary schools. This was the era of desegregation and the civil rights struggle.

We see the family praying together in church, praying for strength and help as Ruby, embarks on her journey. The quotes from Ruby’s mother are brimming with love and faith for God.

The story continues, showing the struggle and hostile environment, this little child passed through each day, just to get to the school steps. The Federal Marshalls were called in to protect her daily from the angry mob.

As the crowds shout, we see Ruby calmly, confidently passing through. We see her happily learning, but in an empty classroom, with her teacher Mrs. Henry.

One day, Ruby stops and turns to face the crowd. She is speaking something. The crowd becomes agitated and the Marshalls urge Ruby to move on.

In the end, we find out Ruby was praying!  Each day as she walked to school, she prayed the prayer of Jesus and Stephen, over the angry people. Ruby prayed for forgiveness, for the very people who persecuted her.

Later that year, the white children began to return to school, and the rest is history!

JESUS BRINGS HER FAITH TO VICTORY

Ruby’s story is a great model of faith in Jesus to deliver and protect, and the incredible power of overcoming evil with good. Praying for those who insulted and hurt her, asking for them to be forgiven and blessed, reveals the very nature of Jesus, in the heart of this precious little girl.

Each illustration is subdued and beautiful, in stark contrast to the intensity of the anger of the mob surrounding Ruby. Ford’s use of light, shadow, detail and highlight draw our eyes to what is important in each illustration.

My ABSOLUTE favorite is the family praying together in church. Very touching, spiritually.

The last page chronicles the end of the desegregation struggle at Ruby’s school and New Orleans in general.  We find out that Ruby, a successful business woman as an adult has created a foundation, The Ruby Bridges Educational Foundation.

The End of the Matter 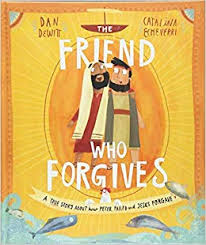 The Friend Who Forgives 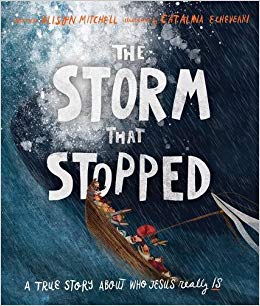 The Storm that Stopped 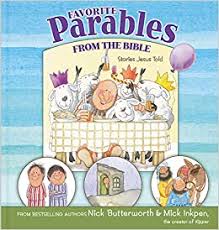 Favorite Parables from the Bible